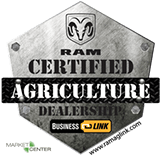 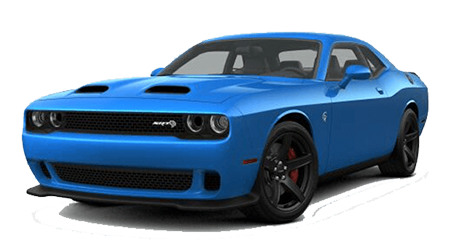 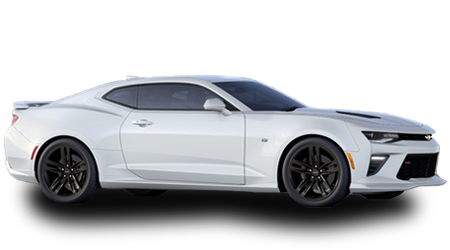 At Woody Folsom CDJR, we understand that even if you can't afford a high-end Italian supercar, you deserve a car that's equally as flashy and fast--but about a hundred times more practical. Enter the 2016 Dodge Challenger, one of the fastest cars available in Baxley, or anywhere else. This new Dodge vehicle contains tremendous power under the hood--and enough space to fit your whole family in the passenger compartment. Let's see how this thoroughbred muscle car stacks up against competing brands.

This is about the most fun you can have on four wheels. While not the height of polish or elegance, the 2016 Dodge Challenger is about the most comfortable fast car that's within reach for most Baxley drivers. For a two-door car, it makes excellent use of its interior, offering over 37 inches of rear headroom. Inside, the R/T Plus trim gets you heated and ventilated leather upholstery, an Alpine sound system with six speakers, a gigantic voice-controlled touchscreen, and an auto-dimming mirror. Of course, for many drivers in Baxley, the main appeal of the 2016 Dodge Challenger lies under the hood. The base SXT trim receives a 3.6-liter V6 engine, which cranks out 305 hp. The R/T and R/T Plus trims get a behemoth 5.7-liter V8, producing 375 hp and 410 lb-ft. This version has a standard six-speed manual transmission for muscle car authenticity, but can also be had with an eight-speed automatic.

The point we're trying to make about the 2016 Dodge Challenger is that as fast as it is, it's also a habitable, even practical car. Other rivals can't make that claim. The 2016 Chevy Camaro may as well not have a backseat, or even a trunk, as far as its allocation of space in concerned. Even the front seats take a beating, with 33.6" of headroom, as opposed to 39.3"on the 2016 Dodge Challenger. Reviews also note that the low roof on the Camaro equates to poor visibility to the front, left, and right. Inside the engine bay, the base Camaro contains a turbocharged 2.0-liter four-cylinder engine, which is capable of only 275 hp, compared to 305 on the 2016 Dodge Challenger. Inside, the 2LT trim (comparable to the 2016 Dodge Challenger R/T Plus) sports heated and ventilated cloth seats, an 8-inch touchscreen with Apple CarPlay integration, and dual-zone automatic climate control.

In most reasonable metrics, the 2016 Dodge Challenger is the best muscle car for Baxley drivers, based on practicality and speed. Your passengers, if they're adults, won't have to wedge themselves into the backseat, so all of your friends can enjoy the speed and power of the vehicle. Try it out yourself at our Baxley Dodge dealership, located at 1859 Golden Isles West. We know you'll love it, and we look forward to your business.